Little Lord Paulson: Sarah's no "more qualified than a toaster" 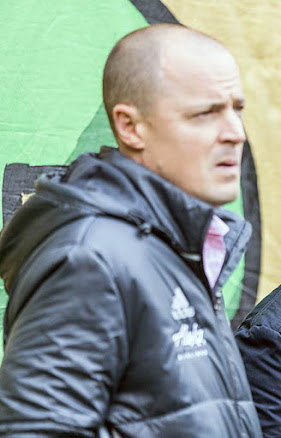 Remember Merritt Paulson? He's the majority owner of the Portland Timbers soccer team and the son of Henry Paulson, a former Secretary of the Treasury from Goldman Sachs and one of the worst corporate looters in American history.

Well, His Highness doesn't like me, and so I'm not allowed to see his Twitter account, but it's got enough people buzzing today that an alert reader sent me this gem, which Paulson apparently posted yesterday afternoon: 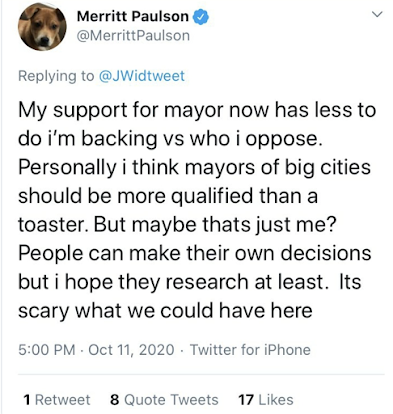 The "toaster" crack is obviously directed at mayoral challenger Sarah Iannarone, who is often criticized a being too inexperienced for the mayor's job.

Now, the demographic of Timbers fans and the demographic of Iannarone voters are probably very similar. Indeed, the Timbers Army van has showed up at several big protests, even winning the honor of having its tires slashed by Portland's brutal police a couple of times. The Sarah people and the nightly protest people are tight. And so you wonder whether Little Lord Paulson isn't alienating his customers here.

You also wonder whether the protesters might pay LLP a visit some evening, the way they do F. Ted Wheeler. When last this blog inquired into the matter, he had a lovely mansion in Dunthorpe, but it looks like that was sold a couple of years ago. I don't know where he is now, but a protest at his place would be some must-see Twitter.

On a related note, can you imagine how much money "Major League" Soccer is losing with the pandemic? It's not like it was a big money-maker to begin with, and now with no ticket revenue, you have to suspect the house of cards could fall. As readers of the first version of this blog know, if the Timbers are in trouble, so is the Portland city government. Lord Paulson's deal with City Hall, which in theory owns the soccer stadium, is as sweet as can be for him.