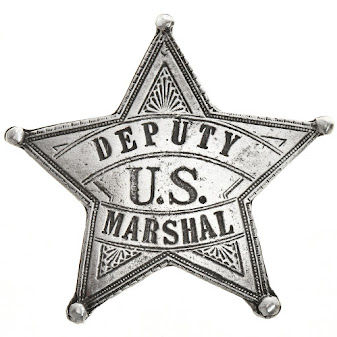 There's a lot of hubbub in the news today about the fact that 56 Portland police officers have been deputized by the federal government, which makes them deputy U.S. marshals, too.

This move was made last week, when we were all worried about the Proud Boys rally coming to Delta Park. It was the state police superintendent's idea to make the local cops federal cops as well. The Portland mayor, F. Ted Wheeler, consented to this arrangement, but now he says he mistakenly thought the deputization was only for the weekend. He didn't read the fine print, and apparently what was signed makes them federal deputies for the next three months. Wheeler says he doesn't like that idea, and he wants the federal authorities to "de-deputize" the cops in question.

It's the latest embarrassment in a long line of bad moments for the mayor, who once looked like a shoo-in for re-election but now might actually lose. Either he's lying now, or he was incompetent last week. Not a good look.

But that's his problem. What does this mean for the rest of us? What does it mean that these officers are now wearing two hats at once?

A pretty good story on the issue, on the OPB website, explains it this way: "Deputizing Portland officers gives federal prosecutors the option to charge anyone they arrest with federal crimes, which usually come with harsher penalties." And a statement from the mayor's office adds that "[a] key feature of the designation is that anyone who assaults a federally deputized official could be subject to federal charges.”

Considering the first point first, the possibility of being charged with a federal crime, my non-expert mind has some trouble seeing any major significance to the deputization. Let's say you're arrested by a Portland police officer who's not a federal deputy. If that officer notices that you've committed a federal crime, he or she can always contact the FBI and turn you over to them. What does making the officer a federal deputy add to that? 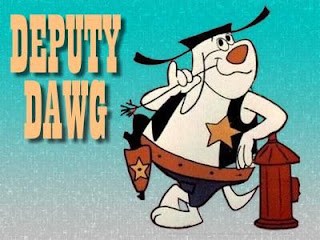 As for assault on the officer, I would think that assaulting a city police officer would be a pretty serious crime. What does it add to make the officer a federal deputy? And can you actually be prosecuted for the federal crime when the cop you slugged was wearing a city police uniform, and there was no way for you to know that he or she was sworn in as a federal deputy in some secret ceremony somewhere?

Is there anything more to it than that? Over the last few days, several prominent voices on the protester side have been suggesting that the federal deputization exempts the officers from the rules of engagement that have been set by the mayor as police commissioner, and by the City Council. For example, the city now forbids the police from using tear gas on protesters. The protesters, who say they were threatened with tear gas by the DJ from Hell as recently as Monday night on Lombard Street, are complaining that the federal designation removes that restriction.

Does it? It had better not. Those officers are being paid pretty decent money for their work every night by the City of Portland. Their employment contracts are with the City of Portland. If they take on extra roles for other agencies, that should not somehow negate the city's policies and procedures. If the cops have to answer only to the feds, then the feds should be the ones writing the paychecks.

The federal deputy angle adds to what was already a confusing, and confused, situation regarding who is in charge of, and who is accountable for, police operations at demonstrations. Even before the state troopers and federal stormtroopers got involved, Portland had been bringing in cops from neighboring cities and counties to join the "quelling" activities. If one of the out-of-town police brutalized someone, Portland told victims they would have to complain to the cop's home police department, not the Portland bureau.

None of them wear name tags. Some of them don't even wear numbers. If they act up, where is someone supposed to complain?

Earlier this month, a woman who was roughed up pretty seriously at a throwdown near the county building on Hawthorne Boulevard filed a lawsuit against the cop who allegedly manhandled her. But she had to file it against "John Doe," and "Officer 37," because there's no way for her to know who it was. Fortunately, the incident was caught on cellphone footage, and there's some chance that justice will be served. 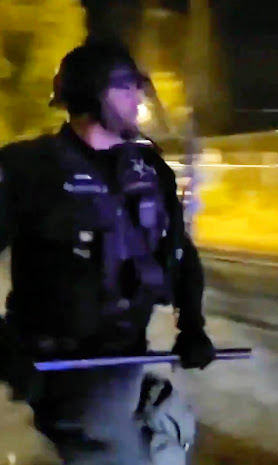 Kelly Simon, a lawyer at the ACLU, sums it up pretty nicely this way:

“The public isn’t even sure which agency may have been responsible for the abuse they suffered,” Simon said. “Having such a disjointed system allows law enforcement to easily evade accountability, and to stonewall the public by making them try to navigate bureaucracy on top of bureaucracy.”

On any given day or night, it's never clear, at least to the public, who's in command of the police presence. For example, on Saturday, when we were on maximum alert, who was calling the shots? A state police commander? A Portland police commander? Someone from the county sheriff's department? Did all the police on hand answer to the same person? Did each officer take orders from members of that officer's own department? It's never publicized. And sometimes I get the sense that if it was revealed, you might not like what you saw.

It's such a hodgepodge that the ACLU wants the governor to appoint a special prosecutor to look into allegations of police misconduct. That makes sense to me.

Maybe the best way to understand the deputization flap is to see it as part of a larger, and very real, political drama that is being played out here. It all boils down to the fact that there is a new county district attorney, Mike Schmidt, who is making a lot of wayward cops uncomfortable.

Schmidt is young, outspokenly progressive, and decidedly not part of the old-boy network that has ruled the d.a.'s office in Portland for 50 years or more. For the first time in anyone's memory, the office is not being run by Mike Schrunk or one of his henchpeople. That crowd has let the Portland cops get away with murder – literally, murder, and many other dirty deeds – for many years. Schmidt is committed to changing that.

You can bet the police are nervous. Wait until they kill an unarmed, innocent person again. It's just a matter of time. Things in the grand jury room are probably not going to go the same way they always have.

The cops here have never really answered to anyone. And they sure don't relish the prospect of having to start now. Therefore, Mr. Schmidt had better watch his back.

In the meantime, the cops have a workaround. The U.S. attorney, Billy Bob Williams, is himself a veteran Schrunk team player, and now he works for Bill Barr. He'll gladly prosecute cases that Schmidt won't touch. It scores him points with Barr, who is dusting off the federal "civil disorder" statutes to help Trump get re-elected, and it keeps the old networks functioning for the day when the cops get rid of Schmidt.

It seems to me that that is why the local police are happily being deputized – to frustrate the will of the voters. The voters had a clear choice between the Schrunk legacies or Schmidt, and they took Schmidt. It wasn't even close.

Wheeler and Governor Kate Brown are either in on the sabotage of Schmidt, or they're being played.

Among the politicians who are slinking around avoiding this morass are our members of Congress, particularly our senators, who play a role in choosing the U.S. attorney. Are they okay with all this? What about Suzanne Bonamici? The federal courthouse is in her congressional district. Earl the Pearl? Delta Park and the police precincts are in his. Do these folks just get a pass? Do they care?

What's most amazing is how much trouble two or three hundred people can make in a city like Portland. You would think the police and the politicians would be smart enough to know how to keep them down. But you would be wrong.

UPDATE, later that day: We are in uncharted territory now, for sure. Williams is refusing to revoke the deputizations!  And the state police superintendent is adamant that they must stay in place. The ball moves back into Wheeler's court. And this is now Kate Brown's baby, more so than ever.