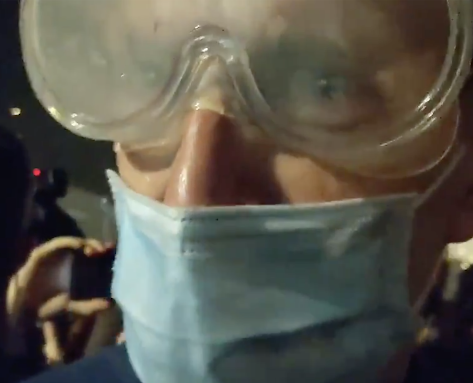 It's hard to watch anything else when the United States government has degenerated into the most preposterous science fiction movie you could imagine. But here we are.

Barely able to make its way onto my radar screen is this new poll, which shows that Portland Mayor F. Ted Wheeler is 11 percentage points behind his main challenger, Sarah Iannarone, in his upcoming bid for re-election. The poll shows Iannarone at 41 percent, Wheeler at 30 percent, a write-in (presumably Teressa Raiford) at 16 percent, and 13 percent undecided.

If those figures hold and Ted loses, it has got to be the worst runoff loss in Portland history, maybe in world history. Wheeler was just 0.71 percent shy of winning re-election outright back in May. According to the poll, he's lost roughly two out of five of his May backers.

His campaign will say that there are still four weeks left, but not really. This time around, due to the Trump shenanigans with the Post Office and with the entire electoral process, people are going to turn in their votes early. The counties must mail out the ballots by October 20, which is just two weeks away. Some may do it sooner.

Polls can't always be trusted, and this is just one. But in Portland, not many polls are shown to the public, and so this may be the only prediction we get before we vote. I'm reluctantly voting for Wheeler, but it appears that his time as mayor, and maybe as a politician, is coming to a close. Yet another one-term mayor for a city in decline.