The other candidate for county judge

Just as I was having second thoughts about voting for Adrian Brown for Multnomah County Circuit Court judge, along came her opponent's flyer in our mailbox: 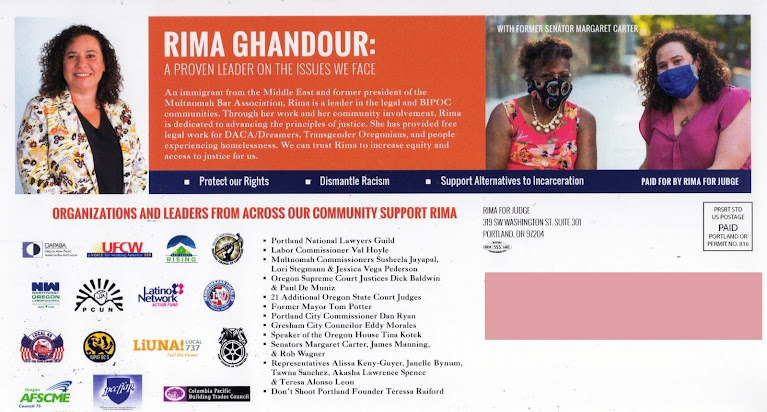 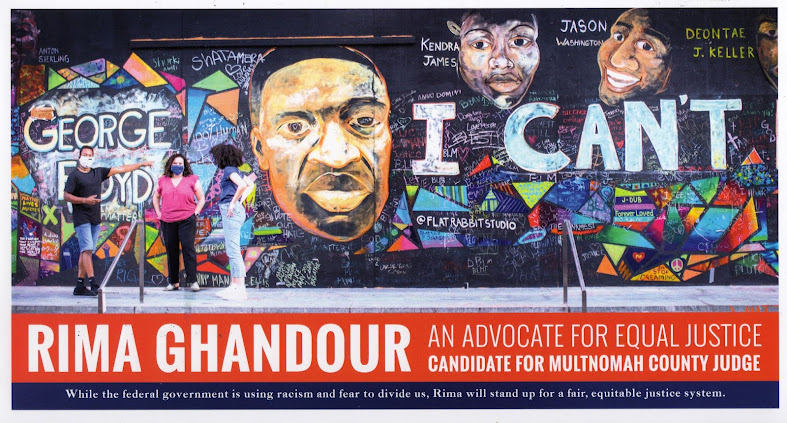 Flyers don't do much for me, as you know, and so this doesn't move my needle much. But it's certainly different from Brown's campaign messages, which I find a little troubling.

Now that I have seen and heard more about this race, I'm no longer leaning toward Brown, and instead am leaning toward Ghandour. Neither will be bad, but Ghandour seems to be running a better campaign.

One depressing closing note: At a reader's suggestion, I went onto the Oregon Secretary of State website to see how much money these candidates are burning through to get elected to the bench. According to that site, each judge wannabe has raised more than $100,000 in cash contributions, and each has thrown their own money into the campaigns as well. Brown and her husband have made more than $90,000 in loans to her campaign, along with the spouse's contributing a couple of thousand in cash, and Ghandour has contributed $5,000 and loaned her campaign $15,000.

This position pays about $142,000 a year, plus benefits. The judges have to run for re-election every six years, although they usually run unopposed once they're on the bench.