Pro-Wheeler PAC stumbles right out of the gate 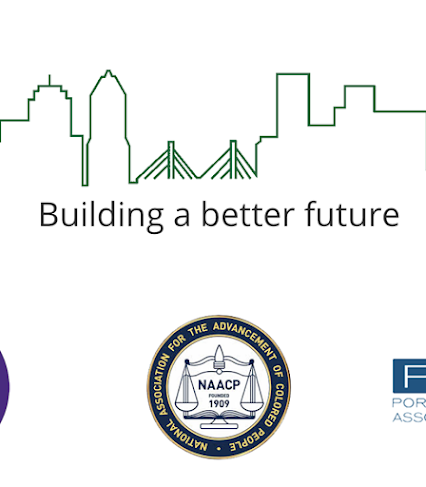 I wrote yesterday about the new political action committee that's been formed at the last minute to try to prevent Portland Mayor Ted Wheeler from being voted out of office over the next 24 days. Hours after my post, that organization was in the news, and not in a favorable light.

The group's website showed the endorsement of the local chapter of the NAACP, and it quoted a statement of support for Wheeler from the chapter's president, E.D. Mondainé. Well, after some chapter members complained, Mondainé has now backtracked and says he never endorsed Wheeler in his role as the chapter's president. The O has the full lowdown in an article by Jayati Ramakrishnan, here.

If you go to the website now, you'll see that all mention of the NAACP is gone. There sure are a lot of developer weasel organizations shown there, though. Go by streetcar!