A desperation shot at the buzzer 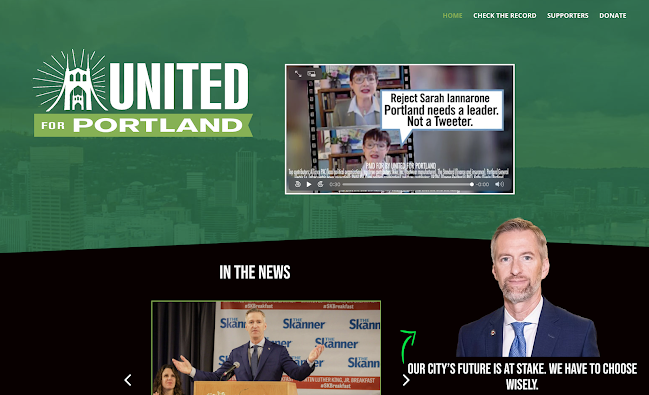 Well, the usual suspects in Portland just realized that that Antifa lady might actually win the mayoral election. And so they have slapped together a last-minute committee to buy ads for the incumbent, F. Ted Wheeler.

But wow, it's so late in the game. The voter's pamphlet got here yesterday. The ballots will be here shortly. It isn't as though most people haven't been paying attention to politics in Portland these last few months. Indeed, many people know how they're voting and can't wait to get it over with.

Then there's the content of the committee's first ad: an attack on Wheeler's opponent, Sarah Iannarone, because she tweets a lot. It's 2020. To what audience is that directed? Your senile uncle in a nursing home? Strange.

But as ineffective as their push may be, these guys, the big money – Nike, PGE, the development weasels, the unions – are acknowledging that the situation is desperate.

A poll shows Iannarone way ahead. I'd bet it's going to be closer than that. But unless you were offering me 5 percentage points, there's no way I'd bet a nickel on Ted, last-minute ads or no last-minute ads.