No welcome wagon for the new kid 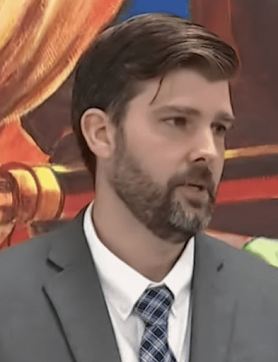 The news continues to swirl around Mike Schmidt, the newly elected district attorney for Multnomah County, which includes virtually all of Portland. A couple of the stories of the day remind me just how big a deal it was that Schmidt won the election in May.

First, he's being sued in federal court by a right-winger who is accusing him of bad faith prosecution in connection with a melee from last year, while Schmidt has let left-wing rioters go without being charged for similar offenses this year. The case is before Judge Karin Immergut, which makes it especially interesting. She until recently was the U.S. attorney for Oregon, and thus part of the traditional law enforcement network around Portland. Schmidt trounced that network in a stunning three-to-one victory over his opponent in the election.

Meanwhile, Judge Immergut's successor as U.S. attorney, Billy Williams, continues to act as a shadow district attorney, prosecuting cases, with no genuine federal interest, that Schmidt has declined to pursue. Here's an example – a not-guilty plea on a federal arson charge.

As a work-around to avoid Schmidt, Williams has deputized Portland police as deputy federal marshals. The city has attempted to revoke its consent to that action, but Williams has refused to accept the revocation, and now it's not entirely clear where the matter stands.

It's all about Schmidt, who's been on the job only about three months. The old boys, and girls, don't like what he stands for, and they will fight him tooth and nail. But when you win an election three-to-one, that's called a mandate. The people of Multnomah County want something different from what they've been getting by way of law enforcement from the likes of Williams (himself a former Multnomah County prosecutor) and his predecessors in the federal office.

It would be nice if our members of Congress would get involved, and try to straighten out the chaos. But that would take guts that I doubt any of them have.

UPDATE, later that afternoon: An alert reader points out that Judge Immergut's time as U.S attorney ended in 2009. When you're as old as I am, that's "recent," but perhaps not to everyone.