It's a gas at Tuesday night protest 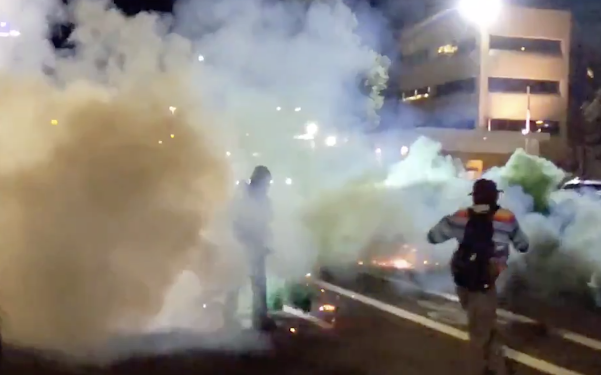 The crapshow known as the Portland Protests went back to the South Waterfront district last night. The black-clad dissidents decided they would act up at the immigration jail, a familiar haunt.

About 100 people went down there. They started dancing and rapping in the street.

Somebody threw a smoke bomb onto the roof of the building. The federal troops and Portland police came roaring out and did several "bull rushes." They used tear gas on the crowd, along with a wicked green smoke that, in the words of my sainted grandmother, can't be good for you. They confiscated the sound system that was supplying the music for the party.

People who live in nearby apartments were affected by the tear gas, which blew into their buildings. A few of them came out to complain about it.

“I live right here and I’m trying to sleep. And you guys with your noisemakers and your goddam tear gas,” she said, “you just about put me in the hospital tonight.”https://t.co/Olb9W77Lo4

Fire department medics were seen entering one of the buildings to help someone. The protesters said it was someone affected by the tear gas and smoke. 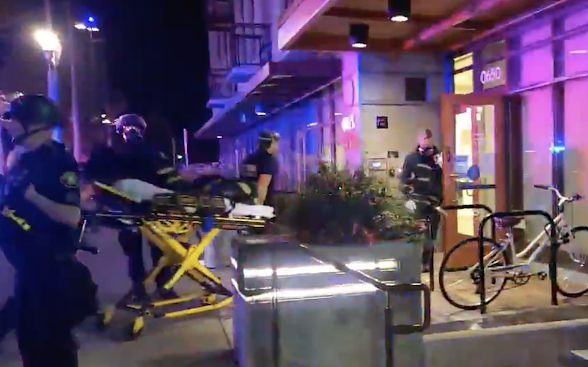 Four people were arrested, and not politely. The police version is here.

Footage was presented on Twitter by a number of people, including Soundtrack to the End, Laura Jedeed, Justin Yau, and Sergio Olmos. Beth Nakamura of the Oregonian was down there, too, and she posted a set of pictures this morning.

These scenes have become so repetitive since they started in May. I'm thinking of developing a form that I can fill out rather than writing narrative summaries. It would save time.