Their old Hoover is still sucking 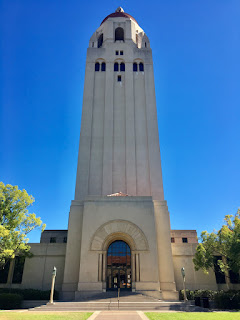 I remarked last week that I'm surprised the community at Stanford University isn't embarrassed enough by the nonsense coming out of the Hoover Institution that they would try to get the university to cut its close ties with that organization. The latest howler is the track record of the official White House Covid quack, Scott Atlas.

Well, as it turns out, there is such a sentiment on the Farm:

Over 100 Stanford faculty have signed an open letter calling for the Faculty Senate to discuss the relationship between the Hoover Institution and Stanford....

[Comparative literature professor David ] Palumbo-Liu said that in cases where statements such as Atlas’ are put out under Stanford’s name, "people wonder if [the Hoover Institution] is really a research institution if it’s guided to reach the same conclusion over and over again. When the information is clearly not true, when you state a mis-fact, it is troublesome."...

"It’s a concern because [Hoover fellows] represent Stanford," [civil and environmental engineering professor Stephen] Monismith said. "To be appointed as a professor of any kind, there’s a very elaborate vetting process that includes, ultimately, review at the University level by the advisory board. That doesn’t happen with the Hoover appointments."

I'm sure the Fox News types would screech about this being more "cancel culture," but there's no place, even in a college, for "both-sides-ing" where the facts are not in serious dispute. I hope the called-for discussion leads to moving Hoover across El Camino Real somewhere, with the Stanford connection buried.

The Stanford Daily has the scoop here.