Molotov goes on the wagon 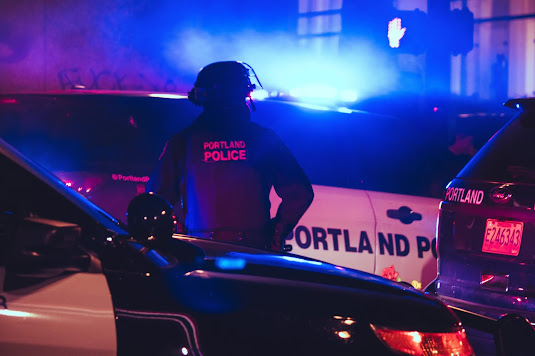 We've had no protests in Portland for five nights in a row. The wildfire smoke has shut everybody in. In addition, the demonstrators seemed tired last Wednesday night. The standoff at the immigration jail in the SoWhat District was pretty pointless.

But hey, no justice, no peace, and the protesters are reportedly going to take another shot at the same location tonight. If they do, Chad Wolf's boys will surely be there to greet them, tear gas at the ready.

Maybe it's time to scale the protests down to two nights a week. They could be scheduled, like sporting events. It's not like they're spontaneous outpourings of emotion at this point. Nobody's feeling the heat of the moment after three and a half months of the same thing.

How about Wednesdays and Saturdays? And start at 6:00. It's getting dark earlier and earlier these days. Wrap it up by 9:30.

Meanwhile, the toothless "citizen review committee" that kind of, sort of oversees the Portland police say they're going to ask questions of an actual police lieutenant at their meeting tomorrow about police conduct at the protests.

That could get interesting. But it probably won't.