Cops to Wheeler: Kiss off

Yesterday's Portland protest news took place off the field, but it was dramatic.
It started out with a pretty empty story. The mayor, F. Ted Wheeler, released a video in which he declared that the police were not to use a particular type of tear gas, known as CS, for crowd control at protests. Okay, swell, but we're like 100 days into the protests, and between the local cops, the state troopers, and the federal paramilitary, people have been bathing in the stuff all summer. 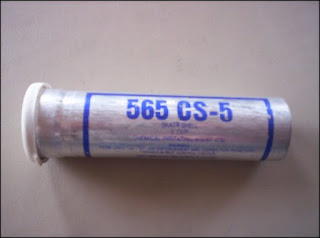 So as one might expect, the catcalls came rolling in, including from Wheeler's strident City Council colleague, Jo Ann Hardesty, and from his opponent in the November election, Sarah Iannarone. It's about time, they said. Too little, too late. And of course, the usual heckling came in from the other direction – the right-wing folks who think the mayor has already hamstrung the police and enabled continued violence.

If that had been the end of it, there wouldn't be much to talk about today. Politicians mouthing off at each other, tweeters tweeting, F. Ted reacting to his bleak poll numbers, what a snooze. But very shortly thereafter, something extraordinary happened.

The police bureau put out a press release, telling the mayor, not in so many words, that he was all wet, and if they couldn't use tear gas, they'd have to shoot and beat people more. There were some real howlers in there:

CS gas is a tool which has been used sparingly in the last 104 nights. We want to clear up a misconception that it is being used as crowd control. It is not. It is being used to disperse crowds only when there is a life safety event. Most recently, it was used to disperse a crowd from which a Molotov cocktail was thrown at officers and ended up injuring a community member who was on fire. We understand that this gas seeped into nearby homes and that is not something we desire. However, the community should be asking the rioters why they are committing violence that threatens the very lives of others nearby....

Banning the lawful use of CS will make it very difficult to address this kind of violence without resorting to much higher levels of physical force, with a correspondingly elevated risk of serious injury to members of the public and officers. CS, while effective, is a significantly lower level of force than impact weapons, which would very likely be necessary to disperse riotous groups with its prohibition. We do not want to use gas. We do not want to use any force....

There remains an expectation that police will make arrests for crimes committed in civil disturbance events. The inability to use CS means this task will require higher levels of force to accomplish....

Arson, vandalism, and violence are not going to drive change in this community. A Police Bureau without the necessary tools to protect its own members, or the community it serves, will not successfully help create the space for real change agents to do the hard work they hope to accomplish.

Wow.
Now, had the police union put out a statement of that sort, it would be one thing. But this is the official statement of the police bureau, of which the mayor is in charge. He is the police commissioner, the civilian commander of the force.
Supposedly.
If this long, difficult summer has revealed anything, it's that the police simply don't listen to the mayor, or to any authority outside the union. The City Council passed a resolution forbidding Portland police from coordinating crowd control with the federal stormtroopers, but a few nights later, they did it anyway. Now the mayor issues a simple, and quite sensible, directive, and he instantly gets public criticism from the police bureau, paid for by the taxpayers.
I'll tell you one thing: If I were the police commissioner on the City Council, there would be a new acting police chief by lunchtime today. One who will accept civilian control without the pushback and the whining. The police need to turn off the Rambo movies and stop acting like pre-schoolers. You got a problem with the boss? Take it up privately with the boss. It's not too much to ask.
Labels: City of Portland Crime Law