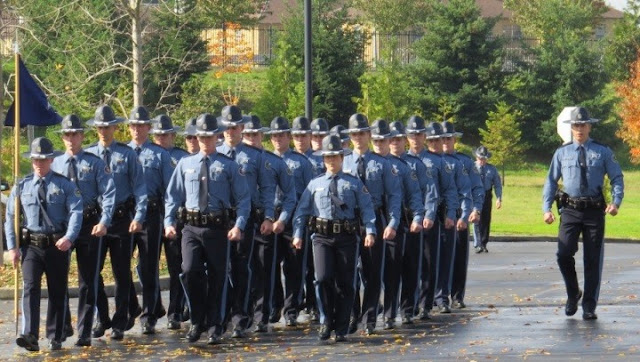 It was an unusually quiet night on the Portland protest front last night, but fireworks of a political nature had come during the daylight hours. After two weeks of helping the local cops try to control unruly protesters, the state police withdrew from the effort and left town.

The reason? They have better things to do than arrest people only to have them turned loose by the new Multnomah County district attorney, Mike Schmidt.

The state police captain who made the announcement, Tim Fox (no relation to the commander of Trump's private army, Chad Wolf), didn't say it in those exact words. But there was no mistaking his meaning:

“The Oregon State Police is continually reassessing our resources and the needs of our partner agencies and at this time we are inclined to move those resources back to counties where prosecution of criminal conduct is still a priority,” he said.

Wow. I haven't seen that much disarray in law enforcement in a locality, ever. Governor Kate tried to muddy it up, but Fox's statement can't be erased.

Maybe the thin blue line is fraying. That would be a good sign in the long run, I suppose. But what about now?

As I noted again yesterday, the "bad" protesters are going to be out on Portland streets for many nights to come. And the federal paramilitary is still around. Dangerous sparks are still flying. And now we'll be without the somewhat calming influence of the state troopers.

Tonight's protest action is apparently going to start at Peninsula Park. That usually means a violent confrontation at the police union offices or at the North Precinct on MLK. The Portland cops will be on their own for the first time in more than a month. Sounds like trouble to me.