Second verse, same as the first 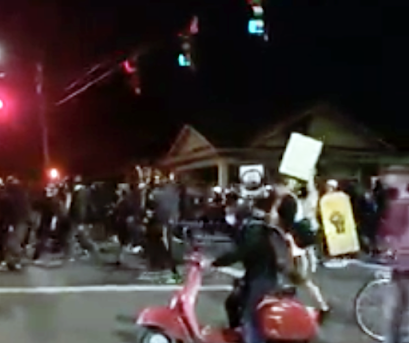 The scene at last night's edition of Portlandia Protestia was almost an exact rerun of last Saturday night's rumble in Laurelhurst. See my post on that one for the basics.

The neighbors were out again. This time, most of them seemed supportive of the crowd, rather than the charging police. Some of the pushes through the dark residential streets may have been in the North Tabor neighborhood, rather than Laurelhurst, as the police precinct under siege is near the borderline between the two.

As the night was winding down, some of the protesters went back to Laurelhurst Park, where they had started the evening. There, they said, they were attacked by two men who threw improvised explosives at them. 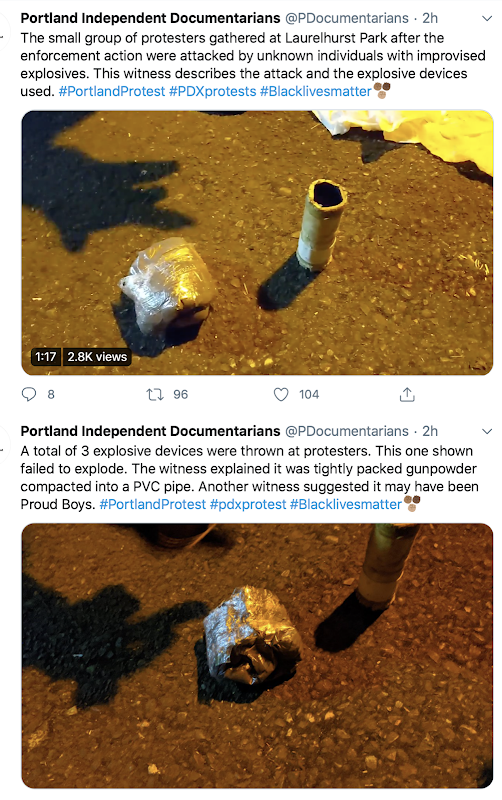 I'm not sure what to make of that. One of the Tweeters chased down a man who the Tweeter said was involved in the alleged attack. When confronted, the guy said he didn't know what the Tweeter was talking about.

As always, there was no sign that the nightly spectacle is going to end any time soon, unless the police change their strategy. I don't have the answer, but obviously they don't, either.