What the hell are we voting on? 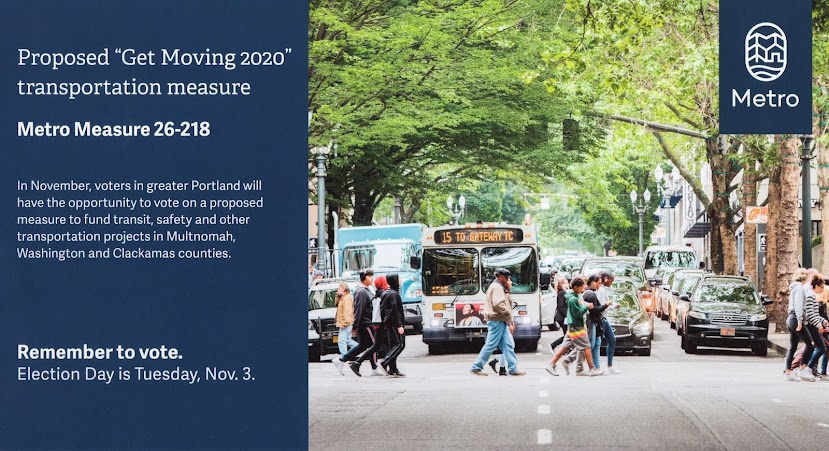 Hmmmm, so what is it we're voting on, exactly? Buses, something to do with buses... People crossing the street...

Wow, how groovy. But it's kind of vague. Let's flip it over and see more: 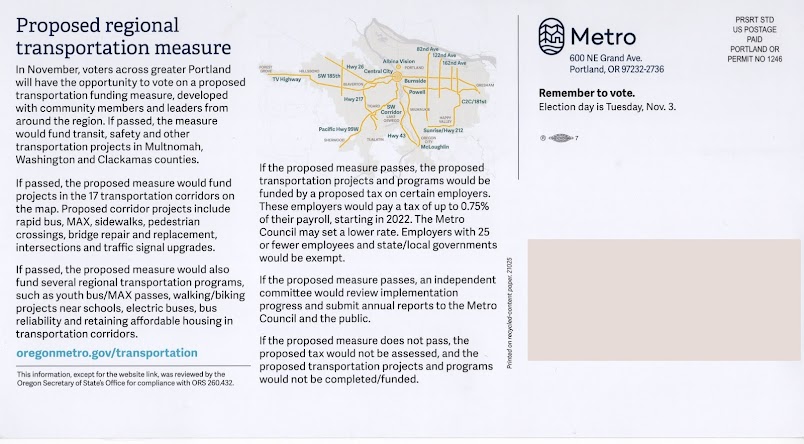 Wow, that's a lot of "funding." I think that means spending money. Well, hey, I'm from Portland, and we spend public money on all sorts of wonderful toys. What the heck? It sounds good.

I've already written here about how bad an idea this is. We already have a transportation payroll tax, which goes to Tri-Met. Now we need another one, to go to "Metro," whatever the heck that is? Give me a break. We need to defund Metro and get it back to being a bare-bones land use agency, before it bankrupts us all.

And so of course, on this foolish ballot measure, my vote is no, no, a thousand times no. And it looks like I'm not alone. The opposition is stiff enough that this one might fail, which doesn't happen often around here. Portland voters rarely meet a tax they don't like.

The opposition is running TV ads branding this a "wage tax," which is a clever, and accurate, way of putting it. Your employer will pay the tax, not you, that's true. But don't think for a minute that your employer won't be brooding about it the next time you're up for a raise.

Anyway, for the moment, just note the Metro mindscrew. The people who write this stuff should be ashamed.