At first glance, it's just another campaign come-on – to vote no on the Metro payroll tax, Measure 26-218, which the opponents cleverly (and not inaccurately) call a "wage tax": 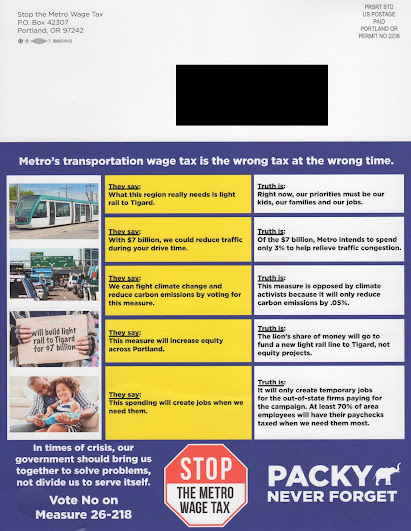 Bland enough, except for that curious bit at the bottom right. Not sure what that's about. But if you flip the flyer over before tossing it in the recycling, you feast your eyes on this: 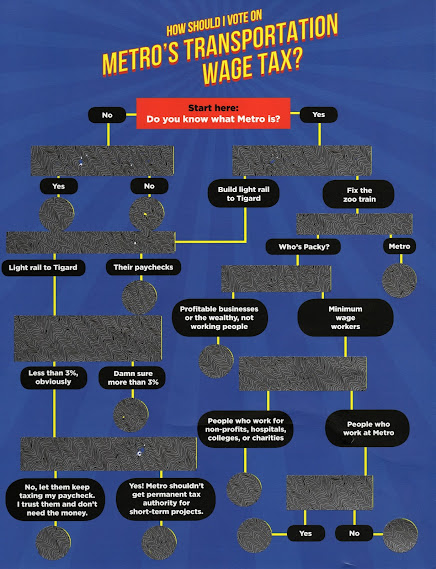 That's interesting, a flow chart. But look closer.  It's a scratch-off!

OMG.  I quick, run and get a penny, and start scratching. And oh, the payoff.

I start on the left side, which leads off with a question for those who don't know what Metro is (a fork in the road which is funny already): 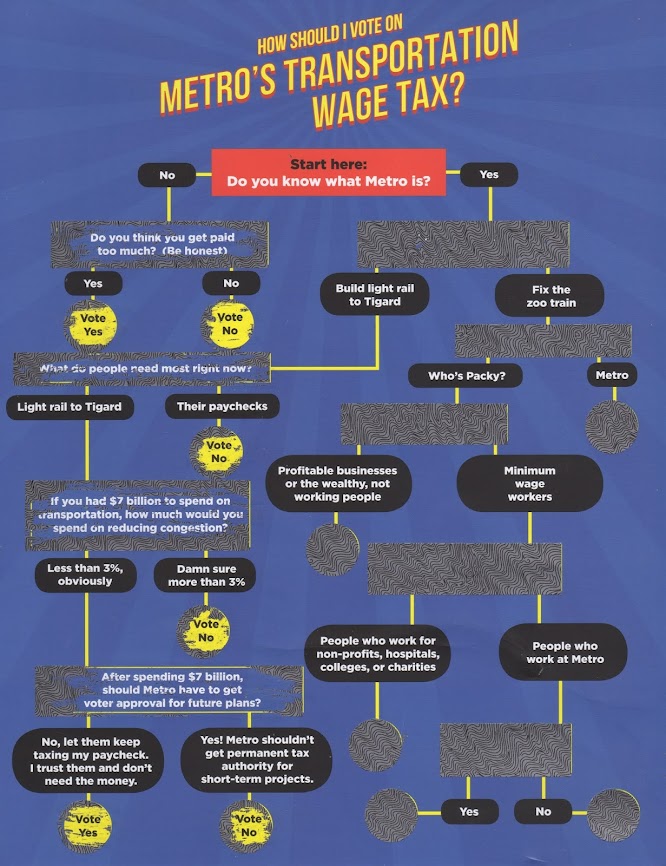 I almost don't want it to end, but I move my penny over to the right side, where it gets even better: 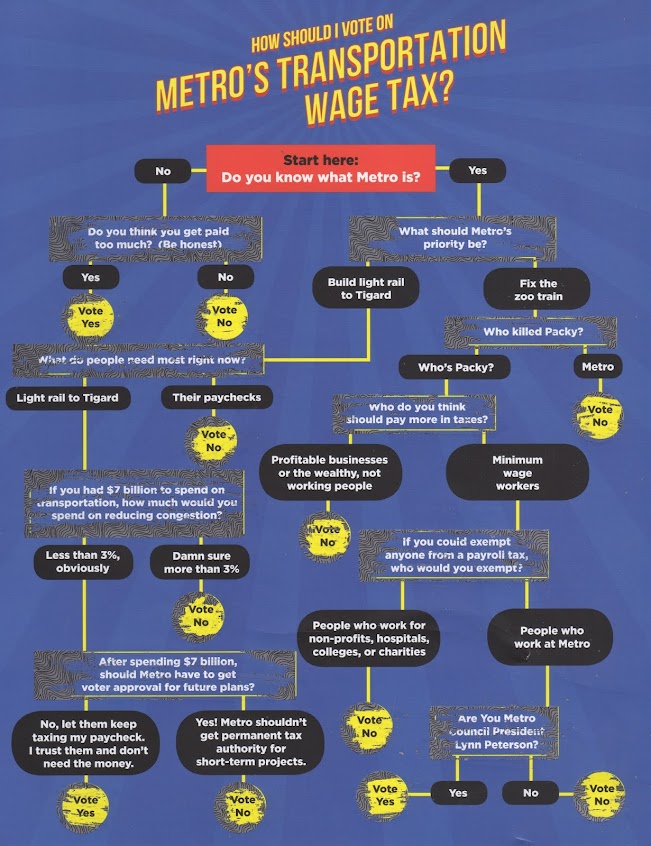 Fear not, for we will remember.