A new name to say 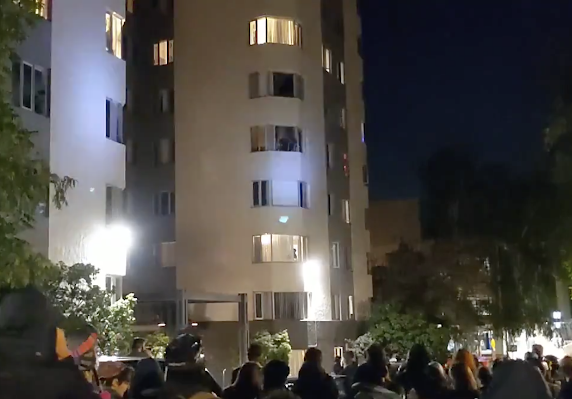 The Portland protesters marched around downtown again last night. It seemed like there were about 100 of them. They started at Director Park, walked to the Justice Center, passed by the new county courthouse, and ended up at Portland State. They stood outside a student housing complex, made a racket, shone lights and a green laser at the side of the building, and urged the occupants to come out and join them.

They were saying a new name, that of another Black man shot dead by a white police officer, this time in Texas. The name was Jonathan Price, who was killed Saturday night. During last night's demonstration, word arrived that the officer who killed Price has been arrested and charged with murder. The crowd cheered.

No one was arrested, no property damage was evident, and the police have posted no official account of the evening, which means they may not have gotten involved at all. KGW-TV has a small story, here. The Twitter feed of the indefatigable Justin Yau had the best footage I could find. It is here.