Virus chills out a bit in Portlandia

We're heading into Labor Day weekend already, and it's been a while since we peeked in at the numbers on the coronavirus in Oregon. The state health officials have a ton of data at this site, if you're willing to browse through it.

Here at Blog Central, I've been keeping a few sets of figures, and they all show things moving back in the right direction after a frightening surge in the early part of the summer. Here are new cases in each of three Oregon counties around Portland: 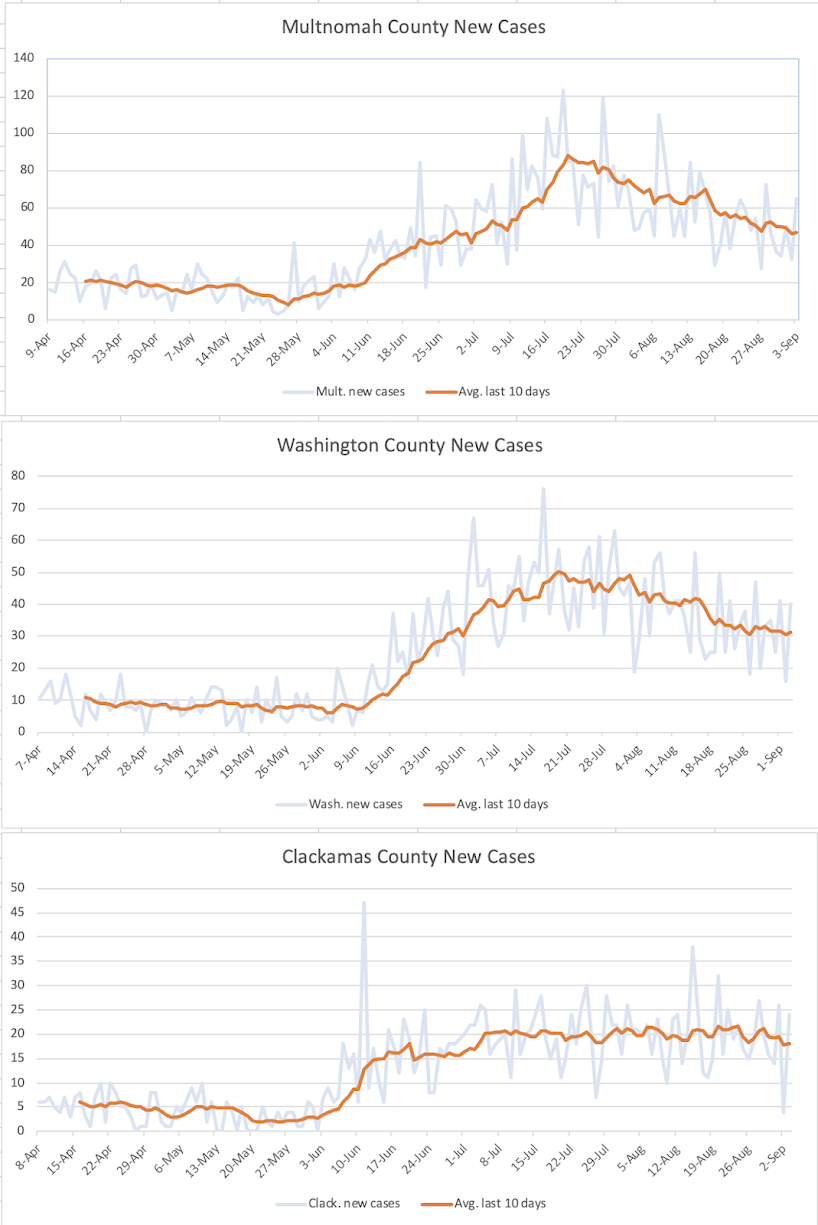 Clackamas County seems to be on a plateau still, but Multnomah and Washington have had a good few weeks.

Those numbers are driven on part by frequency of testing, of course, and testing was pretty spotty in the early days of the ordeal. Hospitalizations are not dependent on testing, though, and statewide, they, too, show that we're on the decline: 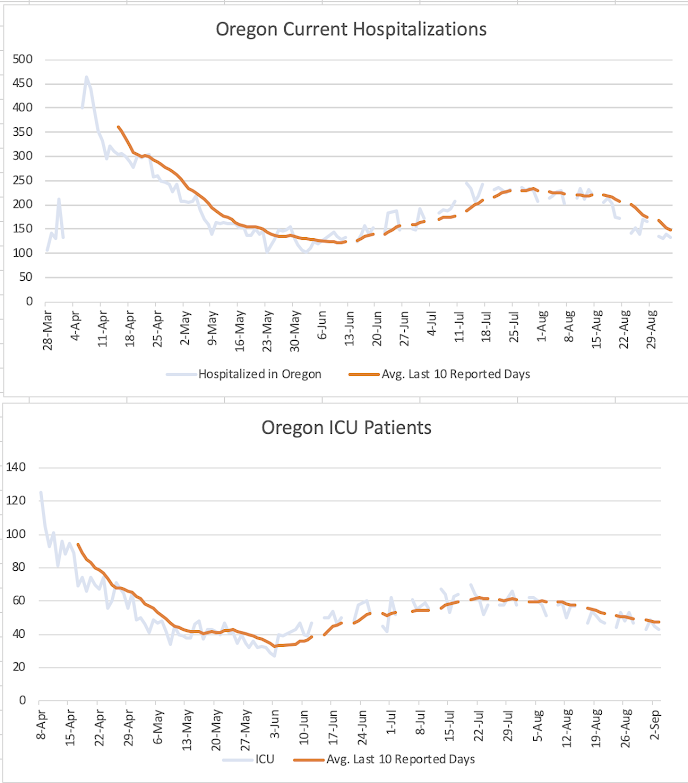 Finally, here's a look at positive test results, statewide, by week. You may have to click and enlarge to be able to read it:

Last week's preliminary numbers came in at just 4.4 percent positive, which is the lowest since late June. That seems consistent with everything else we're seeing here. Early summer was not a good time, but things are improving.

As for people dying of Covid, we're at an average of five per day in Oregon over the last 10 days. That's just about where we've been stuck for a month or so. The peak 10-day average was 5.5 per day on August 13 and 20. Back on Fourth of July, it was only 1.8. And so people are still paying now for the sins of the early summer.

I hesitate to post good news about the virus, because I don't want to tempt anyone to let their guard down. But the trend is encouraging.

That said, keep wearing your mask.