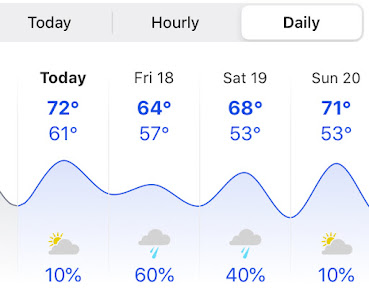 A few decades ago, I had the enormous pleasure of working with a man named Tom Stoel on a few legal matters. Mr. Stoel was a heavy-hitting partner in the law firm I was in. His name was on the door.

In his office on one deal, I casually asked him whether he thought a certain proposition was true. I'll never forget his answer. He said with a smile, "If it isn't, we're going to have to leave town."

It seems he had already advised the client that the proposition was true. And the client had a lot riding on it. To have gotten that wrong would have have been beyond embarrassing.

Of course, what he advised the client was right.

But Mr. Stoel's answer comes to mind this morning, as we smoke-weary Portlanders check our phones for the latest on the weather. We need rain, and badly. We have the worst air of any city our size, on the whole planet. Throats are scratchy. Noses are sneezing. The toxic vapors are coming through our walls as we go batty with cabin fever. The smoke stinks. We're coughing.

And so it is with the greatest of anticipation that we read the weather language.

It had better rain. Or the weather forecasters are going to have to leave town.