Smoke's gone, tear gas is back 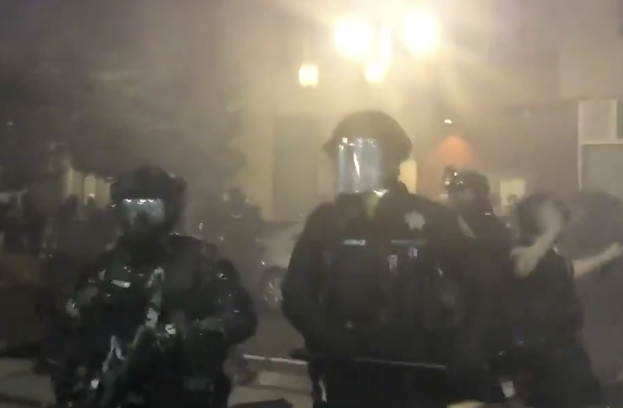 Having enjoyed an eight-night respite from the protest drama in Portland, I didn't pay attention last night. A familiar scene played out at the immigration jail in the SoWhat District. Somewhere north of 100 protesters were there to taunt the federal troops.

The feds used a ton of tear gas – they must have a quota – and 11 people were arrested. There were troops with patches on their arms that said something about "San Francisco." The demonstrators did not seem to start any fires. The police say the protesters threw objects at the cops. Which, if I had to guess, is true but misleading.

At this point, the protests are like the coronavirus. Once they were new and exciting, the lead story. Now, they're just a given in the background of other stories.

And so, for the record, yes, they're back. Sort of like Big 10 football.

The Oregonian has a decent account here. The official Portland police version is here.