Jo Ann to Ted: No can do 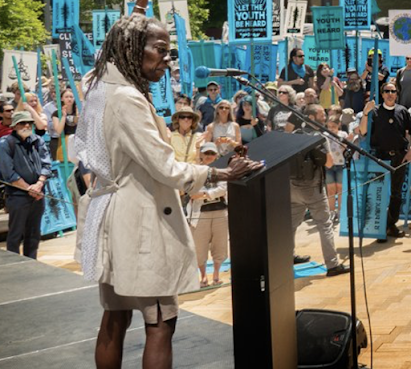 Up until now, Jo Ann Hardesty, the most radical of the Portland city commissioners, has been playing it coy about whether she'd endorse the mayor, F. Ted Wheeler, in the general election. But now, she informs us that that'd be a no, Bob.

That said, she's making no endorsement of Ted's opponent, either.

That's kind of where I'm coming out. Ted is bombing as the police commissioner, but there is no sign that Sarah Iannarone would be any better. To the contrary, she looks like someone who would not have a clue.

Meanwhile, Hardesty probably thinks she could be mayor in about four years. Weirder things have happened.