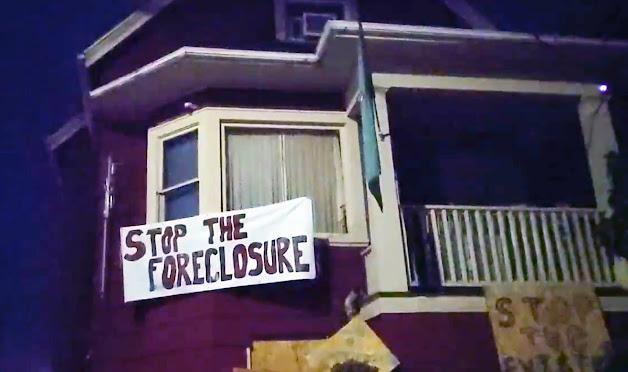 There was a protest in Portland last night, but it looked different from the usual – at least it did on my computer screen.

From what I gather, a few dozen people started at Unthank Park in North Portland. From there, I figured they'd go raise hell at the North Precinct, which is nearby. But instead they walked in the other direction, over to Mississippi Avenue, and demonstrated in front of a house from which the owners are being thrown out in a foreclosure. "Stop the Displacement" was the rallying cry.

The police didn't get involved, as far as I could see. Nothing burned, and no one was arrested.