Your next-door neighbor gets 5,000 votes 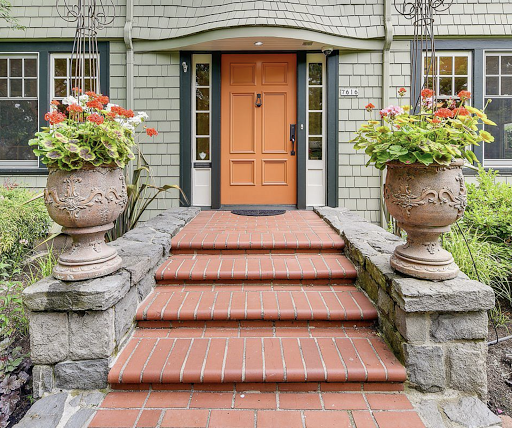 We are happy to live in a historic district. This designation keeps the developer weasels from tearing down any more historic homes around us and replacing them with their hideous "infill" shlock. It doesn't prevent the neighborhood from being tainted by those guys – not every property is "contributing," and the geniuses in our state legislature have prohibited cities from having single-family zoning – but at least our being called historic slows the weasels down and prevents their worst atrocities.

Surely there are downsides. If you want to replace the windows on your house, or change out an exterior door, holy smokes, is there red tape to go through with the arrogant bureaucrats at City Hall. And fees, oh yes, they always shake you down for the fees. But on balance, the historic district is a great benefit.

Not everyone shares our enthusiasm. When the signatures were being gathered for the district, I remember a couple from up the street ringing our doorbell and urging us to oppose it. I told them how I felt, and that they should support it before some clown puts an apartment bunker with no parking on our corner. The husband wanted to argue, property rights blah blah blah, but the wife cut him off and thanked me, and they left.

Every one of Portland's old neighborhoods would be wise to look into becoming a historic district. But they should be prepared to deal with opposition.

Which brings us to this ugly story out of the gorgeous Eastmoreland neighborhood in southeast Portland.

The dispute arose Southeast Portland’s Eastmoreland neighborhood, where a handful of owners created trusts allegedly carving their residential properties into 5,000 pieces. A four-year effort to create an Eastmoreland National Historic District was stalled when those so-called trusts outnumbered owners who supported the district.

The state is reportedly changing the rules so that this ploy doesn't work, but I'll believe that when I see it. And the property rights types will probably have other tricks up their sleeves as well.

Over the years, I've learned that in neighborhood land use battles, people play rough. There's no sense in being a nice person or caring what anyone thinks. You have to go for the win. Occasionally there is a compromise solution, but not usually.

Anyway, good luck to the historic district proponents down there in Eastmoreland. Do what you can to save your neighborhood from the shameless suburban idiots who will try to make a buck out of destroying it.