Your gerry will now be mandered 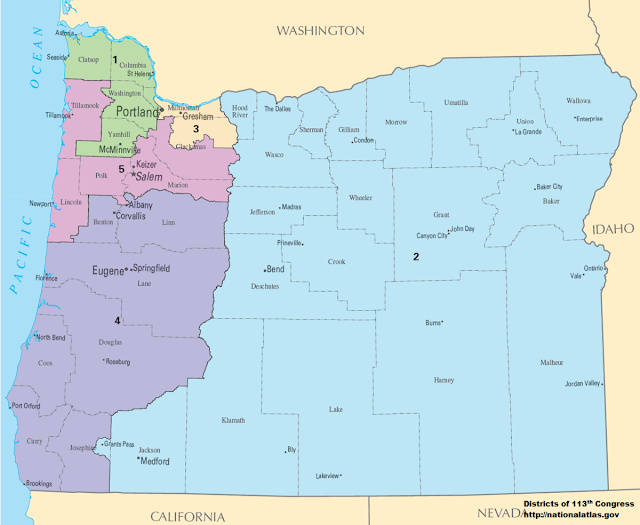 I had on my list of things to look into, the proposed November ballot measure that would replace Oregon's politics-laden process of drawing up legislative and congressional districts with a system that's a bit less partisan. I've been having trouble getting to the subject with the protest circus sucking all the air out of the news cycle.

Well, my hand has been forced by no lesser authority than the U.S. Supreme Court. Today the Court set aside a ruling by Judge Michael McShane (a federal judge based in Eugene) that ordered the state to allow the measure to appear on the ballot even though its sponsors didn't collect the required number of signatures. The reason for the original order? The coronavirus made it too hard to meet the usual target. The Supreme Court didn't think the order was warranted.

The case is still pending, but with the odds now against the measure making it to the balot. Time may run out on the proponents unless the federal appeals courts act way more quickly than they usually do. With the Democrats running the show in Salem, that is bad news for Republicans. If, as expected, Oregon gets a sixth seat in the U.S. House of Representatives, the current process seems to guarantee that it will be occupied by a Democrat for at least a few terms.