Will the feds step back in on Portland protests? 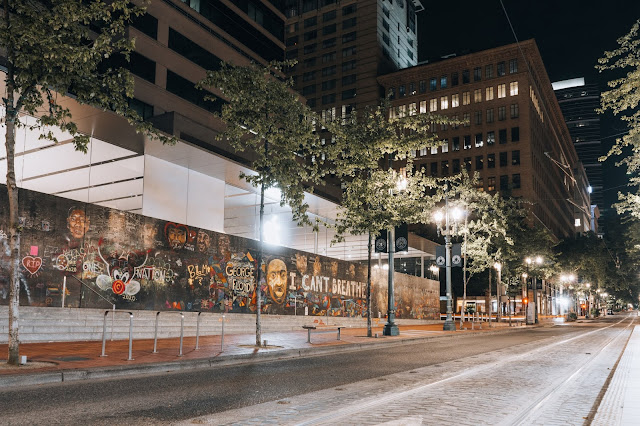 The big news on the local front is that the Multnomah County district attorney, a new guy named Mike Schmdt, announced today that he won't be prosecuting Portland protesters unless they commit property crimes or use or threaten force against others. So when the cops arrest people for "interfering with a police officer" or "disorderly conduct" for not moving fast enough during their nighty "bull rush," the arrestees are going to walk away without being charged.

Daring stuff from the rookie district attorney. The cop union must be going nuts. Even the hard-liners in the assistant d.a. ranks are probably unhappy. If the backstabbing hadn't already started on the day Schmidt won the election, it is surely starting now. It's his 11th day in office.

So, will the police keep arresting people on minor charges, knowing there'll be no prosecution? Is that even legal?

And what about the federal troops who are still in town – Trump's private army? Will they be activated? Their commander, Chad "Acting" Wolf, was still talking smack about Portland yesterday on Twitter. The protesters aren't messing much with federal property any more, but I'm sure old Chad, prince of a man that he is, could find some other federal laws that are being broken – organized crime laws, for example. Will Chad's shock troops come over to the east side of town and start hauling people in on federal charges?

We know that unlike the district attorney, the U.S. attorney has shown no spine so far. He’ll probably prosecute whomever the stormtroopers pull off the streets, for whatever.

In any event, on a newsy day, it it is still hard to see any light at the end of the tunnel.