There was a "protest" in Portland again last night. It would be real news if there weren't, wouldn't it?

The usual crowd, the usual cops, the familiar scene at the North Precinct on MLK Boulevard. The Lady DJ From Hell on the mike.

The protesters were extra fired up over the infuriating police shooting of the day in Kenosha, Wisconsin. They had a new name to chant: Jacob Blake.

The two sides squared off for their usual, mostly pointless crapshow. The protesters had MLK blocked and barricaded with several big dumpster fires. They threw stuff at the cops and shined lasers at them. They shot paintballs and spray-painted graffiti.

Then the kids lit the awning on the police station on fire. A cop on the roof with a fire extinguisher put the fire out. 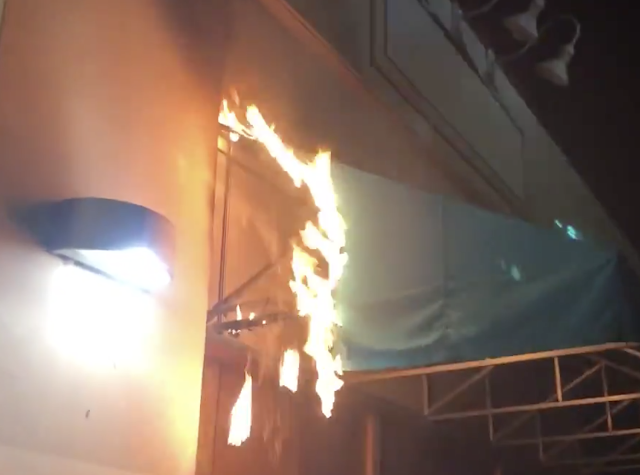 This may have happened a second time. From what I saw on Twitter, I think it did.

Finally, the cops yelled "riot," shot off a bunch of tear gas, and "bull rushed." There were multiple rounds of chasing the protesters, then letting them return. It looked like the cops made numerous arrests. But they never do seem to haul anybody in for all that arson.

To paraphrase the late, great Edwin Starr, what was it good for? Absolutely nothin'.

UPDATE, later that morning: The police version is here.