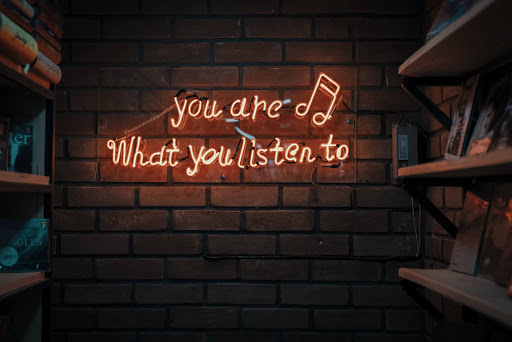 I've always been a soundtrack kind of person. As in, I make my own. I can't remember when I didn't have music playing in the background a lot of the day, and in the foreground for part of it.

I don't know what it is, but this summer, I seem to have slacked off. A lot of times, I find myself doing stuff in the quiet.

One thing that may be contributing to this is the lack of driving. I've burned a quarter of a tank of gas in the last five months. I always have music going in the car, and that can set the tone for the day. But these days, no car time.

Or maybe it's the fact that music is now a subscription, and for $x a month I have at my disposal all music ever recorded. Actually, there's a lot missing from the streaming services, but what they have is so overwhelming that it seems like everything. "The celestial jukebox," as one of my law teachers once called it. Nowadays I have a music collection so strong that it's muscle-bound. Maybe it's getting too hard to figure out what to play.

Or maybe I'm just getting old. When I was a kid, the stereotypical old guy would yell, "Turn it down!" We all knew that the old guys liked their quiet. Maybe it's that.

Nevertheless, here are some tips for your late summer listening pleasure. First, Obama put out his summer 2020 playlist today. It's here. In recent years, I've discovered some tracks and artists on these lists that are well worth keeping. Unfortunately, Obama's lists don't go straight to Apple or Spotify, and so you have to make them up yourself or find someone else who's put them together. I have done so a few times.

On a slightly different note, are you a podcast fan? I've never been much into them, but with the pandemic restricting exercise options, I've been doing a lot of mindless evening walking, and I've found a few podcasts that keep me excellent company.

I always start with the BBC Global News. Love the accents and the Brit perspective on the news of the "weld."

And then, speaking of Britain, I am strangely mesmerized by a history of rock music in 500 songs being assembled week by week by an English chap named Andrew Hickey. If you're like me, and you love stories about how rock became rock, you should pick up on this series. Odd as Hickey sounds, he's got the goods. I don't even know how I stumbled across it, but his show is a blast.

And there's always Little Steven's Underground Garage for more rock history (and some new stuff as well). The guy's become a one-man media empire, and you can hear close to 1,000 of his shows here. Excellent curating, spot-on commentary.

Let me throw in one more for your consideration. If you're into the American songbook, jazz, Broadway show tunes, and the like, every week you can hear a new episode of Radio Deluxe with John Pizzarelli and Jessica Molaskey. They are world-class musicians, and the records they spin (or whatever you call it these days) are righteous. It's an eclectic show, in a good way.

Okay, enough. Time to see what Obama has been up to.