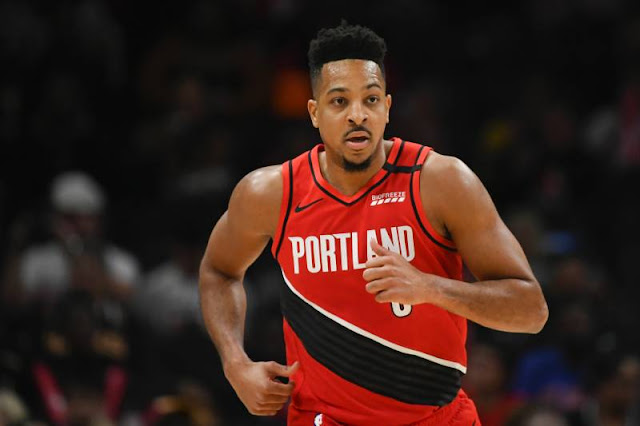 This is it for the Blazers. They fell to the Lakers again on Saturday, 116 to 108, which leaves the Portland team down, 2 games to 1. Now the Blazers have to win three out of four games in order to stay alive in the Covid "bubble" playoffs. The first of those three had better be tonight. (The game's at 6:00 or shortly thereafter.)

The Blazers haven't been shooting well the last two games. The Lakers are bragging that it has been because of their superior defense, a boast which may well have at least a kernel of truth to it. But on Saturday, L.A. also out-rebounded Portland, 55 to 38.

Carmelo Anthony worked his butt off for the Blazers, scoring 20 in 42 minutes of play – pretty much the same minutes as the spectacular guard combo of Lillard and McCollum, who combined for 62.

The other thing the Blazers need to do is defend without fouling, or at least without fouling that the referees will call. The Lakers shot 43 free throws to the Blazers' 19 on Saturday. (That said, the Lakers missed 15 of those foul shots, whereas the Blazers made all but one of theirs.)

There's no point in over-analyzing the situation. The Blazers just need to be tougher, and smarter, and luckier than they were on Saturday. Win this one, and the series is a best two out of three. Beat L.A.!