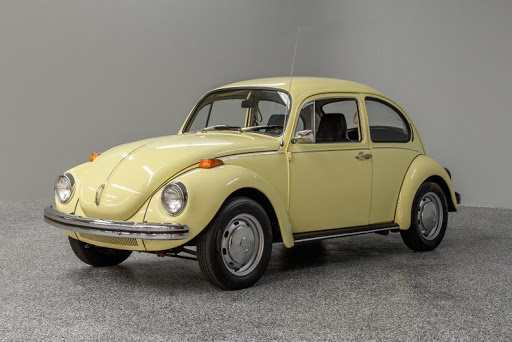 On this day 42 years ago, a yellow Volkswagen Beetle with New Jersey plates cruised up I-5 to the exit for Oregon 217. There were traffic lights on 217 in those days, and so the little car probably made a few stops. At the end of the road, the Bug took a left and headed west on the Sunset Highway, a couple of exits to the very edge of the Portland metropolitan area. The car pulled up to a house on a cul-de-sac at the Rock Creek Country Club. Unincorporated Washington County. West of there was nothing. It was so quiet.

The driver who got out of the car was me. In the car was everything I owned, and a female passenger whom I definitely did not own. She stayed a couple of days, then flew home to the East Coast.

The Volkswagen stayed in front of the Rock Creek house. I stayed inside that house. I knew the owners' son. When the value hit $100,000, they were going to sell. But at that point the place was still worth only about $95,000.

My plan was to work in Portland for a year, then head back down to California, and be a lawyer in L.A.

Within a few months, the plan changed. I don't remember exactly when the decision was made. Maybe some October night at the Rock Creek Tavern. Or maybe one evening in the booth at KBOO. Or the morning of the solar eclipse, experienced in the cupola at the Pioneer Courthouse. Or during happy hour listening to Jim Pepper, playing his heart out on a stage set up in the middle of the intersection of Sixth and Alder. Or in a tent at Silver Falls.

It wasn't a hard choice. I looked around, and there was more here for me than anywhere else. And in those days, there was always time to change your mind again.