The police chief has secret "support" to quell protests

At 11:26 last night, as I was watching the Portland riots on Twitter, a funny thing happened. The Portland police Twitter feed broke in with a message from the police chief, Chuck Lovell. It was a video of the chief calling for calm and giving some encouraging words to the police force. 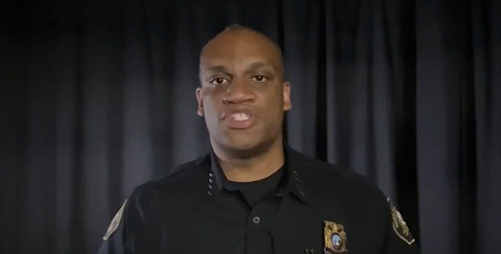 It seemed like a weird time for him to be doing this, as the police were, at that moment, busy coordinating, with the federal paramilitary, the nightly gassing and bull rush of the downtown protesters. But anyway, the chief gave his speech. You can watch it here. They also printed out the full text that he read (not too convincingly) to the camera.
He said:

Here's the part that really caught my ear, and eye: "I am committed to gathering the support we all know exists to put an end to this."
There is "support" out there that will "put an end to this," and it hasn't been "gathered" yet. What is he talking about?
One thing he will definitely be talking about tomorrow is how the police were able to join in last night's overwrought clear-out of the rioters by the federales. The City Council just this past week passed a resolution that supposedly forbade the Portland police from cooperating with the federal soldiers. But the cops did it anyway.
Anyway, as if the chief's tweet weren't crazy enough, at 11:51 p.m. along comes this doozy from the police bureau p.r. flack:

The thread they linked to is here: 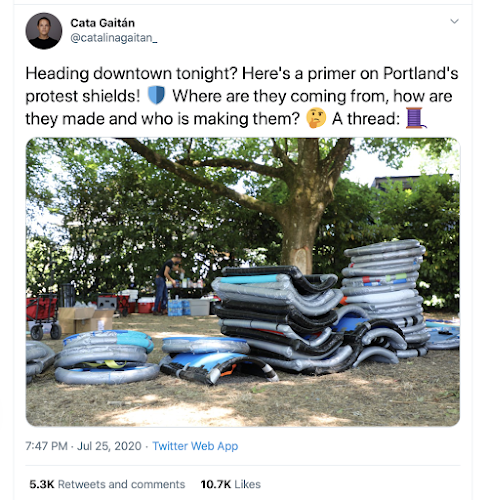 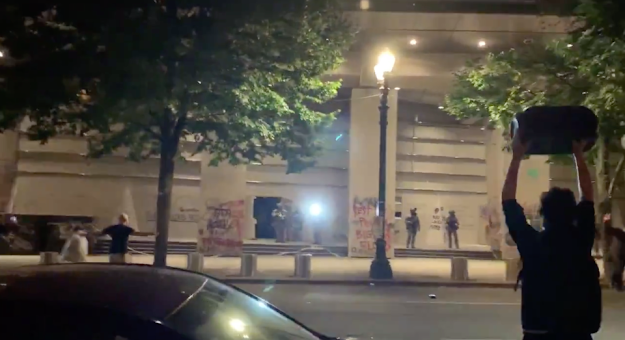 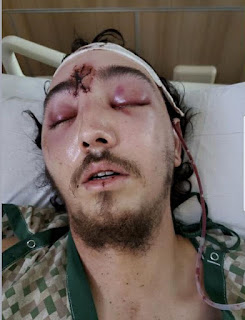 Anyway, the police bureau has nothing better to do at 11:51 on the night of a riot but to demonize safety shields? Whatever part of policing that is, yes, I think it ought to be defunded.
It seems to me the Portland police are completely out of control now. Certainly, out of the control of the City Council, including the mayor, who is also the police commissioner. Now that he's taken the tear gas for the cameras, I wish he'd find us some police who know what they are doing and obey the law themselves.
Labels: City of Portland Crime